Sometimes I Crave Pussy Too

As much as I love a big fat cock, there are times that I also want to enjoy the femininity of a woman’s body. I love they way they smell and taste. I love running my fingers through soft, shiny hair as her tongue slips deep inside my dripping wet pussy.
I was about 18 years old the first time I played with another girl. It was all her idea. To be honest it had never even crossed my mind prior to that. But when she randomly kissed me, I enjoyed it tremendously and thought ‘well why not. Let’s see what happens. We ended up spending the rest of the evening exploring each others beautiful bodies and also cumming over and over again. That’s something I enjoy about pussy. That we can have multiple orgasms over and over. To the point of exhaustion. So that’s where I’m at right now. Craving a sweet, tight cunt to taste and to tease and it would be all that much more fun if you were there to watch and guide us as we played with each other. 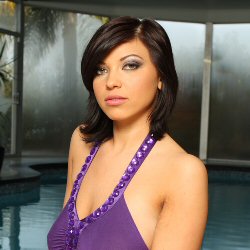 We have a new site filled with smoking hot babes called Sophisticated Hotties. Personally, I love it when we get a new site, because it means new sexy playmates for me, and you of course too. I was struck by the beauty and class of one sophisticated hottie in particular, Gloria. She is everything I hope I will be in a couple more decades. I sent her a message and we met for drinks. The cougar and the tranny turned some heads that night too, especially when guys realized that we were  both smokers, making us literally smoking hot.

After several glasses of wine, we were feeling fine and frisky. We went on the prowl for a young stud to share. Adam was perfect. College age, built, handsome, bisexual , with a smoking fetish. Many times guys do not know my secret until they are unwrapping  me after several cocktails, but Adam felt my hard ten inch cock against his back as Gloria and I danced with him. To him, he had the best of both worlds: a mature woman who knows everything about sex and is as beautiful as she is confident; and a sexy shemale with a smoking hot body, pretty face and huge cock.

Adam is a natural submissive. Gloria and I both enjoy men who will submit to our every whim. When we got back to my loft, we stripped him, while we each enjoyed a cigarette. We circled his naked, throbbing body, blowing smoke rings in his face, checking out his package. Gloria got down on her knees and blew smoke right on his cock, which made it grow another inch at least!  I instructed Adam to eat Gloria’s pretty pussy, which he gladly did. I stroked my cock watching him make her pussy purr, puffing on my cigarette. He knew his way around a pussy, because Gloria grabbed his head, pushed him into her pussy even deeper, which made her cum all over his face. I blew a ring of smoke in his mouth, then kissed him deeply so I could taste her juice.

If you like sophisticated sluts like I now do, you need to visit our sister site sophisticatedhotties.com. Gloria not only rocked my word, and I don’t say that often, but she hooked young Adam on mature pussy too. You won’t find any special gals like me there, but you will find a variety of elegant classy women who love to fuck and suck, and some, like Gloria, may even get pretty freaky. Let a dirty tranny and a classy cougar give you one hot smoking fetish phone sex experience. 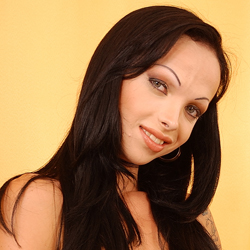