Findom: Empty Your Balls While You Send it All 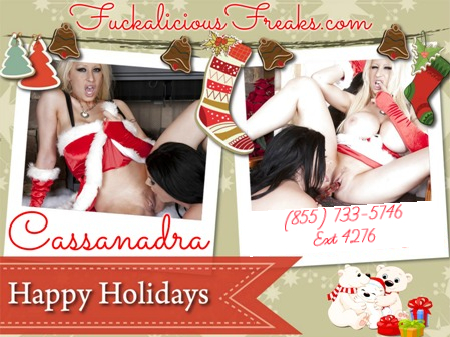 I am not saying a guy cannot give me a hot squirting pussy, because the big ones can. I am just saying that another woman can make my pussy squirt just using her tongue and her fingers. My friend Selma spent the weekend with me. We have had some nasty weather and I did not want her driving back home in it. We had been at a holiday party together, so we were drunk. No way she could have driven in the snow intoxicated. I made us a fire and we drank some wine while watching Elf. We were horny. The winter storm that came out of nowhere, ruined our chances of getting laid. We looked cute in our sexy Mrs. Claus outfits too. I am a phone sex whore. That means when it comes to getting laid, I am resilient. I broke out the sex toys and Selma and I took care of each other. She is a new bestie. I met her last year in a yoga class, and we have been tight ever since. She knows just how to make my pussy purr and squirt. She is bisexual. So am I, but she has dated women. I have just played with women. I have played with a lot of sexy girls, but never dated one. I guess that makes me a drunk lesbian, LOL. Anyway, the fire was rolling. We were drunk and smoking pot.  Pot always makes me horny. We had a strain called pussy weed too, LOL. That is because one hit and a woman’s panties fall to the ground. I thought I was a good cunt licker, but she had amazing skill. Her long, lean fingers snaked their way in and out of my wet bald pussy making me squirt all over her face and my rug. We fell asleep in each other’s arms, exhausted and drunk. No men around? Not a problem with me.